The marketing department over at Sleep Innovations went a little over the top on marketing for their pillow box. If we took their marketing material as fact, here is some information about the pillow: 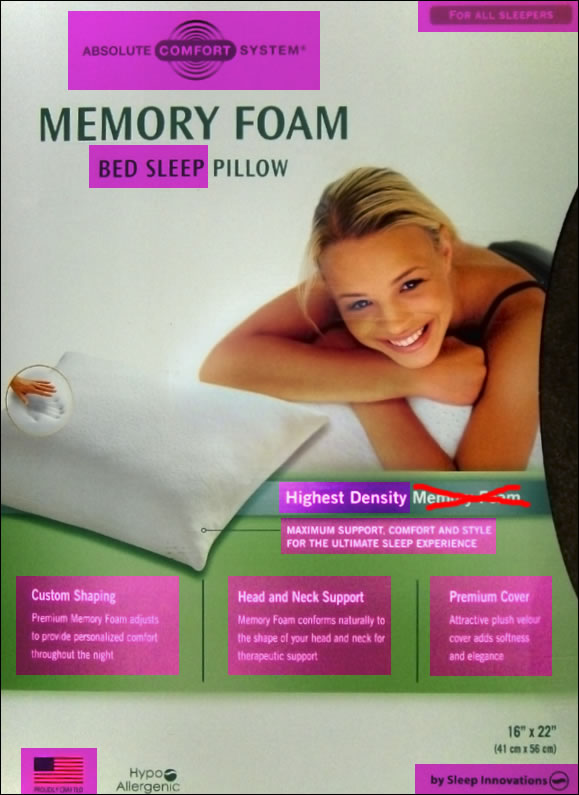 I got this cheap silverware from Wal-Mart last year. I bought 2 6-packs of spoons, forks, and knives. They packaging for each pack was a single label wrapped tightly around and glued to the utensils.

When I got home from the store I took them apart but the glue was stubborn! I tried GooGone. It helped, but didn’t totally work. I tried soap and water, didn’t help at all. I tried boiling them for an hour, didn’t work. I gave up and thought the glue would wear away as they were used and washed over and over. It didn’t.

I remembered that I bought some Meijer-brand Magic Erasers when they were on clearance. I tried one and… IT WORKED! It was effortless! Before and after shots: 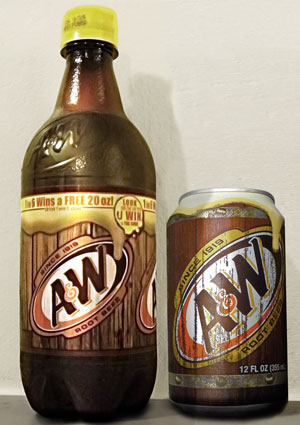 At White Turkey near Computer Camp, they have a humungous wooden barrel which customers are to believe contains root beer, which you can see in a few of the pictures on their super cool slide show. But, guess what! It doesn't! It contains a relatively tiny root beer syrup bin and I'm guessing a plastic line to their carbonated water supply.

There seems to be a wooden barrel root beer conspiracy! Where can I find root beer that is actually inside a wooden barrel? If the wooden barrel was so important as A&W and RICHardson (White Turkey's root beer supplier) want us to believe, then why not just sell it in REAL wooden barrels? I know! Because the wood doesn't actually matter and it's much cheaper to manufacture non-wooden containers! A&W, quit the crap and slap an A&W logo on a generic plastic bottle!

Noteworthy things happening in my life since my last update that I can remember:

One of the more useful Wikipedia categories

Saw this on the way home from Chicago!

I count at least 8 cops.
At least two more were on their way =/ 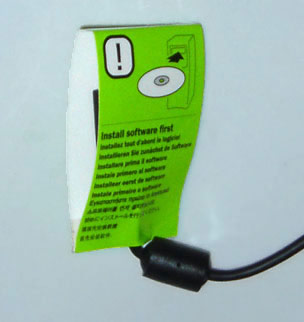 What's funny is that normal USB cords still fit =/
Keyboard on the left, extension cord where keyboard plugs into on right

So since the last post, I had a fun time in Chicago at the end of December, got burglarized in January, and my CPU or Motherboard died in February.

Also, Team Fortress 2 came out, I played it a bunch, and while installing snapped this shot: 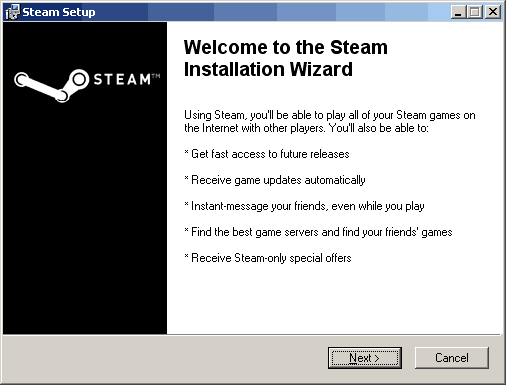 They missed the most important feature! You can play the game you just bought!

Wal-Mart arrests, bans for refusal to show receipt; No apology or Compensation

Wal-Mart arrests, bans for refusal to show receipt; No apology or Compensation

Wal-Mart arrests me for refusing to show receipt, bans me, unbans me, and does not apologize, offer compensation for wasting my time, or admit wrongdoing. I now shop across the street and lose nothing more than the time they also lost.

This is my (Charlie Hayes’) honest recollection as to the events that ensued.

The following is a list of alternative scenarios in order of customer satisfaction, highest to lowest. This is to compare Wal-Mart's actual policies and actions to their alternitives and to Wal-Mart's competition.

What actually happened turned out to be the worst case every time except once where it was the second worst case. Compare this to Meijer across the street. Meijer clearly has better policies. A study about the impact on business of these scenerios would be interesting to see.

Walmart had a few options when I left the store. Here I compare their options and their possible outcomes along with the outcome of what actually happened from my perspective.

(Actual)
Wal-Mart loses at least one really good customer for life, missing out on approximately $300,000 of income from said customer, and does not save company $20 on lost DVD and crackers.
Cost: $300,000 over 50 years
Loss

(Possible)
Wal-Mart loses many really good customers for life, missing out on many millions of dollars of income from said customers, and does not save company $20 on lost DVD and crackers.
Cost: $-Millions
Huge Loss.

Arrest customer to hopefully prevent loss of $20 and then consequentially anger customer and lose $300,000 without saving anything. Brilliant!

To those who oppose my decision:

Obviously I could have saved a lot of time and energy just by showing my receipt. Please consider the reason I refused to.

The moment I trade money for goods, paying for the DVD and crackers at the register, those goods become my personal property. I have the inalienable right as a human being to own personal property, thus I should not be required to prove I own said personal property. Forcing me to show my receipt is the same thing as forcing me to prove that I own my personal property. This is unequivocally unacceptable. Arguing that the alarm is probable cause is a pretty big stretch. I have personally seen these alarms go off many times for people that have not actually stolen anything. It has gone off on me at least four times. I have never once seen it go off legitimately. Considering the sample space and its apparently large false-positive rate, I would hardly consider the alarm going off probable cause.

Now consider the consequences of unwittingly proving ownership of one’s personal property when asked to do so: one is setting precedence that it is acceptable to demand one prove ownership of one’s personal property. Keep in mind that the burden of proof lies on the merchant to prove theft and not on the customer to prove ownership. Theft is not an excuse to violate the rights of a human being; it is a cost of business.

Clearly a merchant checking receipts is a far cry from the government demanding proof of ownership within one’s own home. However, the slippery-slope society creates by succumbing to these ridiculous demands is a much larger threat than is immediately apparent.

It is a merchant’s decision to alienate its customers by taking advantage of ridiculous theft-deterrent systems such as receipt checking and malfunctioning alarms. Choose to be alienated instead of the merchant’s antitheft tool. It is not just my personal freedom that is at risk, it is yours as well.

Are you smarter than a fifth grader?

I guess the Apple screen shot was confusing. All the green circles are valid sentences, and all the red circles are not. The subject was a reference to the No Child Left Behind Act. Thirty Eight percent of the sentences are correct. Pretty sad. =(

Last summer I decided to fix some problems in a series of Wikipedia articles. I fixed all these cyclic links, dead links, poor pages, etc related to this bug tracking software called Scarab. I did this all from my account.

A few hours later, I get on Wikipedia to look something up. I notice this “new message” thing. I click the link to my user discussion page and low and behold, this wikitroll (his signature:

) has reverted all my edits! I of course retaliate by posting this huge rant on his discussion page. At the end I called him an asshole for violating the spirit of Wikipedia. He of course proceeded to ban me for 48 hours due to a “personal attack”. He also posted all this crap on my user discussion page.

Tonight I come home and I see “new message”. I think to myself ‘Oh great, wikitrolls are lurking about and going to come out of nowhere and wikirape me again’. To my utter surprise, it’s a warning that I shouldn’t blank other people’s user discussion pages. Apparently I erased my page anonymously. Thank god this guy (signature:

) came to the rescue and reverted the changes. And thank god he commented on my page wikipissing his holier-than-though wikicrap all over. How constructive, now I have to revert TWO pages. How wikidiculious.

Lets check out some abbreviated Wikipedia guidelines on signatures!

If you must use color? What are these people thinking? "I REQUIRE color in my signature. I cannot sign something unless it is colored the way I want it to be!" Who do these people think they are? The most famous signature, John Hancock's, isn't in color, why does yours need to be? Why does it NEED to be? 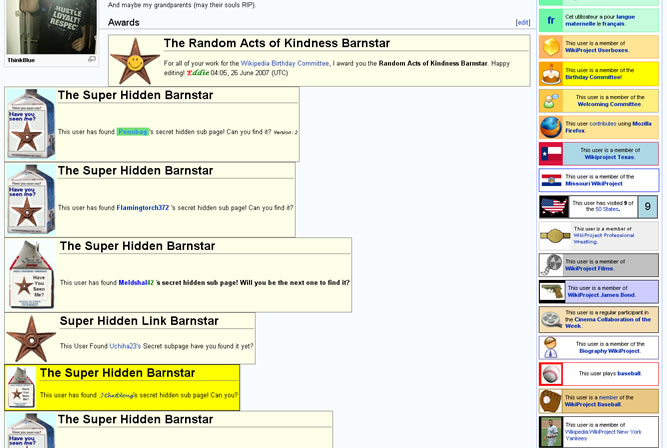 And finally, lets check out a discussion page! 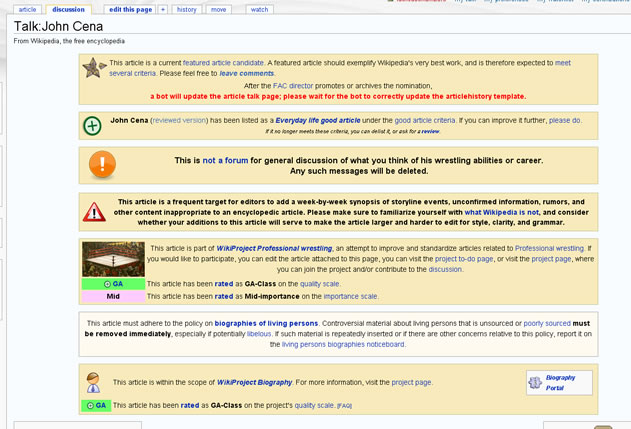 It is all very important 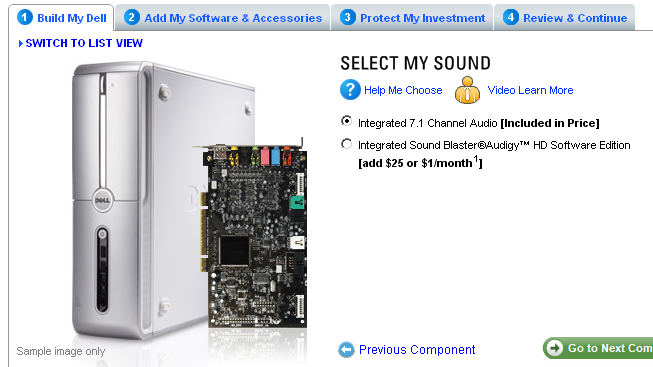 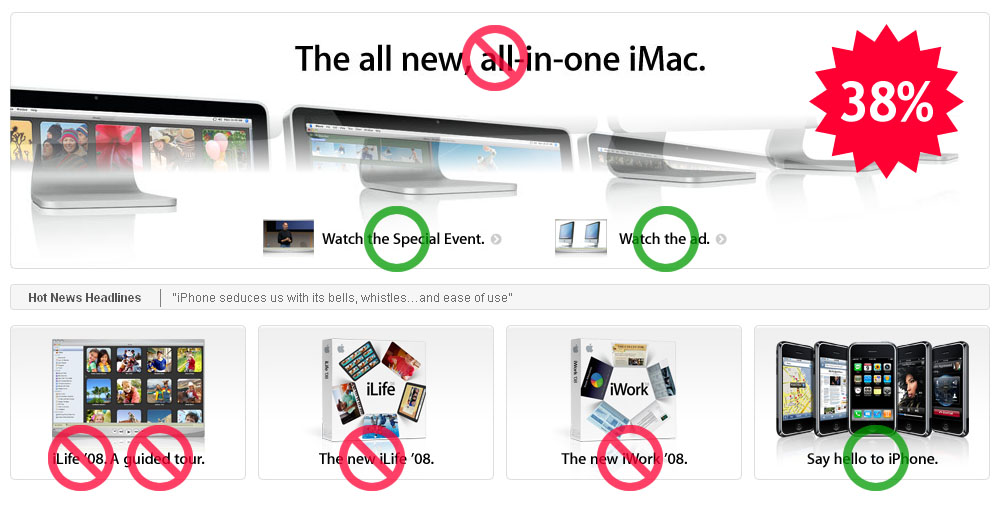 Microsoft has decided on the following default setting for installing Windows updates: 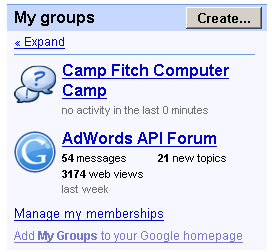 I wonder what they rounded down from.

For those interested in Sn0=31337= and Meteriod anonymously warning me with great skill. 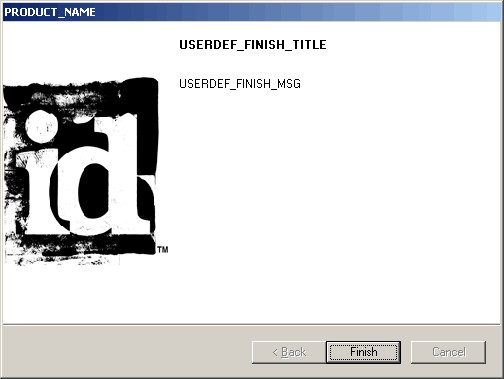 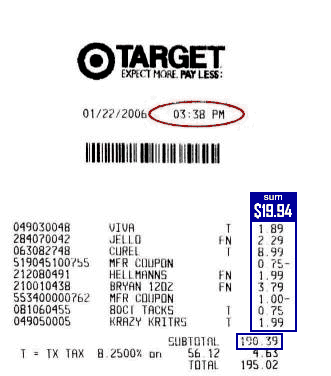 Check out the fake example receipt from Target's website 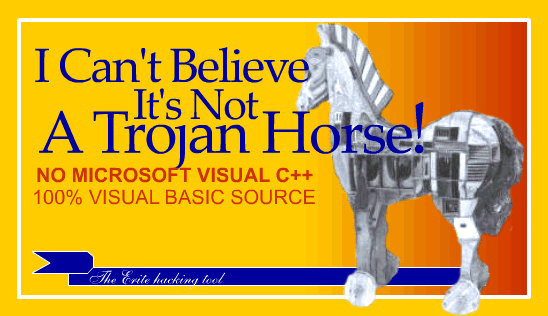 The source code for US Airways boarding pass printout. Firefox wouldn't even print them correctly. It printed 3 pages, the first containing 2 passes, and the second two pages being blank.

Thanks to iPhoto and FaceBook it was pretty easy to get these online!